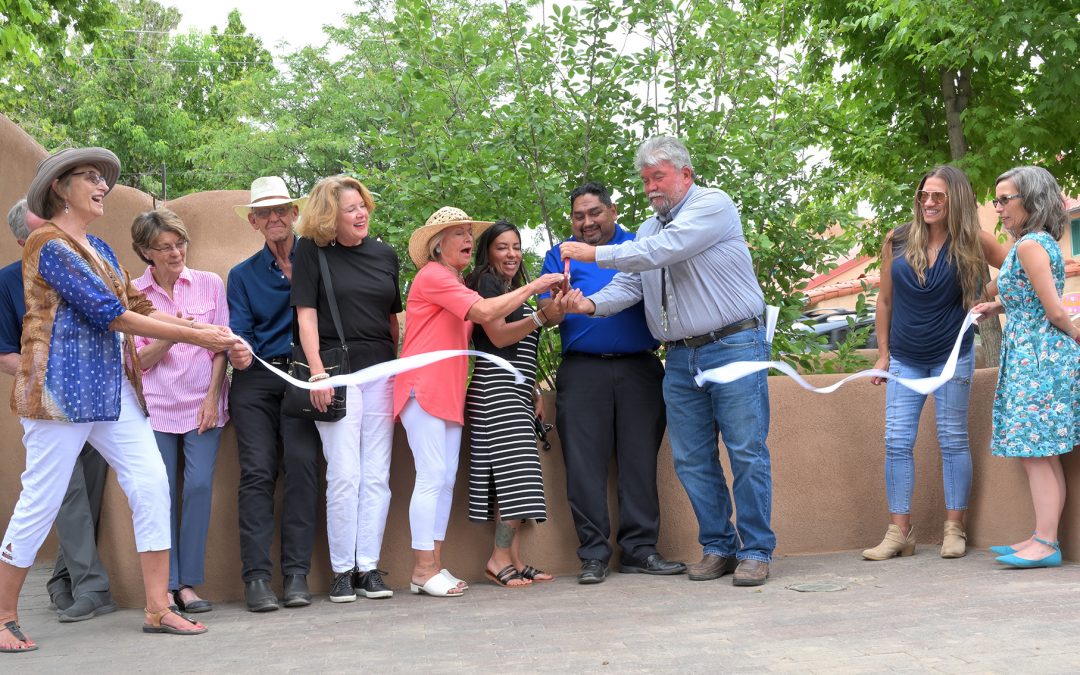 Earlier this summer, the Taos Center for the Arts with Los Jardineros Garden Club of Taos hosted a ribbon cutting ceremony for the newly rehabilitated low adobe wall in front of the TCA campus along Paseo del Pueblo Norte. Mayor Daniel R. Barrone was in attendance along with other individuals from Taos County, Los Jardineros and the TCA.
The work on the downtown, street-facing wall was paid for with a generous grant from Los Jardineros Garden Club of Taos. The TCA and Los Jardineros partnered in this project with the shared goal of improving the appearance of this important street in downtown Taos and the Historic District. The community improvement grant from Los Jardineros was awarded to the TCA in celebration of the group’s 70th anniversary. Los Jardineros was thrilled to  support a project with a community-wide impact and visibility and this wall fulfills that goal as it is integral to the beauty of our main street.