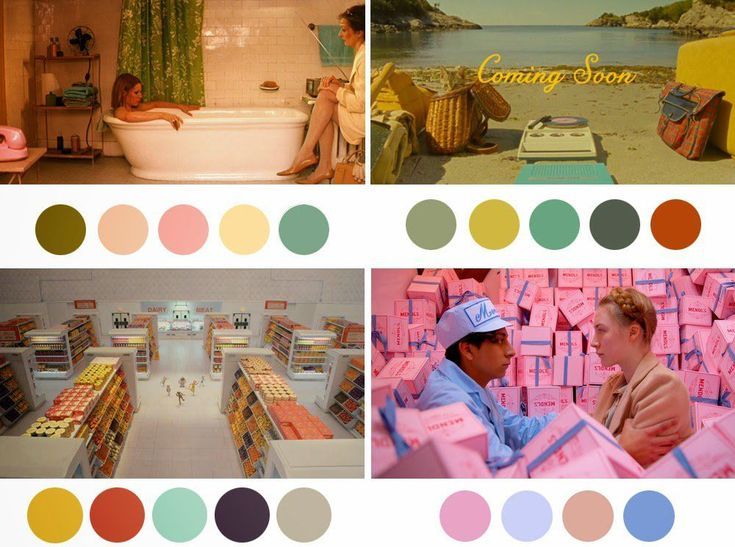 /ˈesˌTHēt/ noun :a person who has or affects to have a special appreciation of art and beauty.

As a young burgeoning filmmaker, the first time I saw a frame of a Wes Anderson film was pure joy. Yes, you have seen great composition and cinematography before, but not quite with the precision of Wes Anderson. The use of a coherent and almost too noticeable color palette captures you. It brings you into the world that Mr. Anderson is trying to convey- one where the language of cinema is recycled to make these tiny worlds of literary fancy. Where the rules of our reality are blown out of proportion and reconfigured into detailed tapestries.

In my youth when I was obsessed with Auteurs in filmmaking. I came across Mr. Anderson’s name in relation to the French New Wave. The French New Wave coined the term “Auteur,” and that is how I first heard of Wes Anderson: as an Auteur. An Auteur is a filmmaker whose personal influence and artistic control over a movie are so great that the filmmaker is regarded as the author of the movie.

The first Wes Anderson film I saw was  “Darjeeling Limited,”and then I saw all of his films. I was drawn in by the dry tone of the films and the way the characters spoke, both directly and in-directly. The characters say out loud what we may only think in real life, and I found truth in that. Communication or lack there-of is  prevalent in Anderson’s films. The characters resemble us in the little indirect ways that they try to communicate with their body language, their clothes, and heir chosen vocabulary. As a filmmaker, Wes Anderson embodies this with his visual language.

He tries to communicate and distill the whole of his characters from everything that they do and wear. Now, that’s true of all filmmakers, but Wes Anderson brings the aesthetics of his characters to the forefront..

This is where we come into the Aesthete.

Mr. Anderson’s filmmaking conveys everything about their character through their aesthetics. From the brothers’ luggage in Darjeeling Limited being custom designed by Louis Vuitton to display their affluence to Richie Tennebaum still wearing his tennis uniform as he is an adult to show he is in a perpetual arrested development. 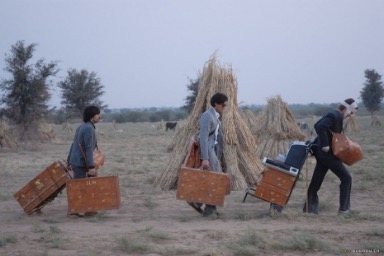 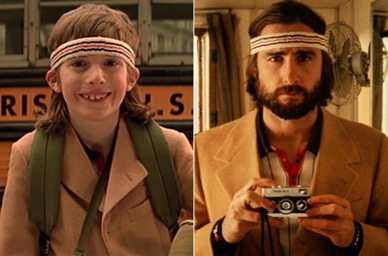 The characters’ aesthetics show how they love and how they engage with the world around them. From the music they play to the writers they quote, these details give insight to the characters, displaying their philosophy and love for the world.. Max Fischer in “Rushmore” quotes Diving For Sunken Treasure, by Jacques Cousteau, because he resonates with aspects of the book. In “Moonrise Kingdom” the kids play Francoise Hardy records on their portable record player. You could read this as the kids wanting to play as grownups or maybe they want to jam to some yé-yé, but the  music-choice is supposed to show us who these kids are. Though on the surface these details could be read as Anderson flexing his knowledge, the intent is to invite the audience to know these characters through their aesthete.

Common criticisms of Wes Anderson is that he is too obsessed with aesthetics. And, though I agree that sometimes his tone and obsession with aesthetics can be alienating, there is purpose behind it. He wants us to know these characters through their interior interests, that these interests are a guiding light for these characters. The characters cling onto the little things that matter to them, so as to find hope. Mr. Anderson intends for these details to humanise the characters and allow you to connect with the precocious characters that inhabit the world he is bringing to life.

In recent years I had not been connecting with Wes Anderson’s works. Both The Grand Budapest Hotel and Isle of Dogs alienated me with how the aesthetics seemed to dominate the storytelling. I would like to revisit these films again, because maybe now I could connect with them. After seeing the trailer of “The French Dispatch” I was interested and connected with his vision again. It seemed like he was using his aesthetics to elevate the stories he was telling, and I am interested to see where he goes with The French Dispatch.