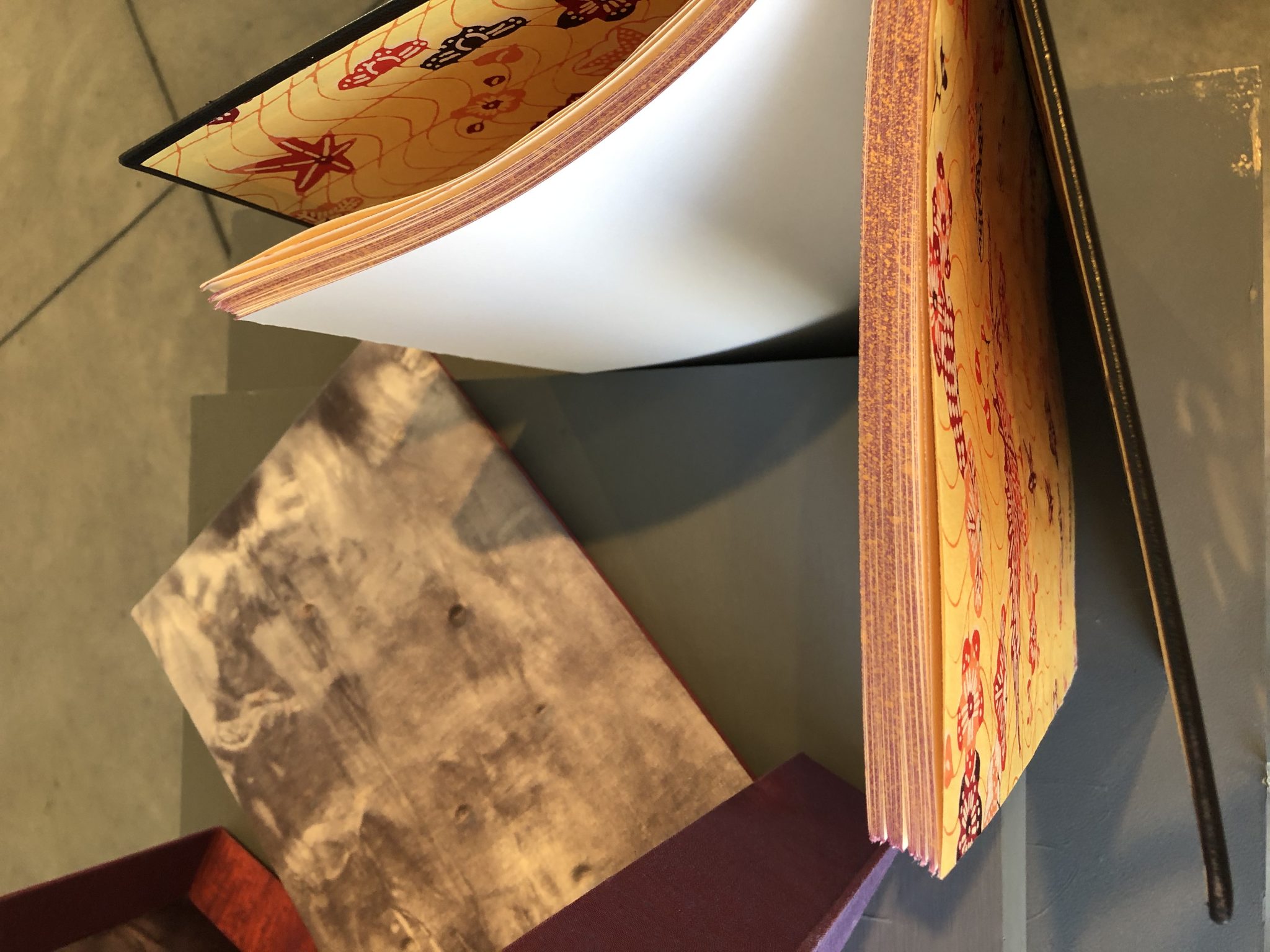 Book of the Month

In 2014, Russell established Animist Bindery.  He is dedicated to keeping the craft of Fine Leather Binding alive and is currently enrolled at the American Academy of Book Binding.  His unique bindings contain his writing, calligraphy, illustrations and photography.

In 1965, Russell collaborated with his brother to write On the Loose, chronicling their wanderings through the wilderness of the West. It sold more than a million copies. In 2007 he began his own publishing company, Animist Press, and published his memoir, Rock Me on the Water.

The Taos Book Art Group meets at 3 o’clock the third Tuesday of every month at the Millicent Rogers Museum. Experienced as well as those interested in learning new skills are welcome.